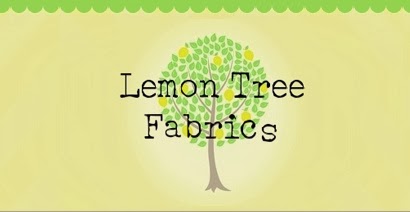 The purpose of the Hottie Hotseat is really just to get to know the quilt professionals featured in a more personal way. Each featured hottie is given a list of 20 questions and asked to choose five to answer.

Business Location: Lemontreefabrics.com
# Years in Business: 2
Current Quilt project:
I am not a quilter, so you might find it interesting that I am in the Quilting Hottie's Hotseat. I am here because I have 2000 bolts of quilting fabric in my basement.

I do sew though and have a few projects going on. I am making a dress for my daughter and some zipper pouches for Christmas presents. (It is the first week of January) Maybe those will have to be for next year!

·
Question 1: If I came to your house unannounced, could you give me a tour of your studio, or would it be such a disaster you would make up an excuse as to why we couldn’t go in?

Answer: I think I would have to go with the excuse. Since I live with four children, a husband and a dog, my home is not always what you would find in the pages of Better Homes and Gardens.

To get to my basement studio, you have to go into a main hallway and down stairs through the kid's playroom. With some advanced notice, I could possibly get it together. Going into my studio, you might find a partly finished sewing project loitering on my cutting table and some bolts waiting to be inventoried. There would likely be scraps and pins on the floor.  My scissors and rotary cutter would be buried somewhere in the midst of those things because I neglected to put them back where they belonged after my last cut. The fabric itself is well cared for and mostly in order, except for an occasional indoor football from the adjoining playroom in the scrap basket!


Question 2: What do you love about your studio? What would you change?

Answer: My favorite thing about my studio is my robin's egg blue sewing machine. It isn't fancy or expensive.  It was actually given to me by my friend Sue after she found it in her grandmother's attic.  The machine was manufactured in Japan in the late 50's or early 60's. When I brought it in for a check up, I found it was a store brand machine from a Providence, RI chain of stores. 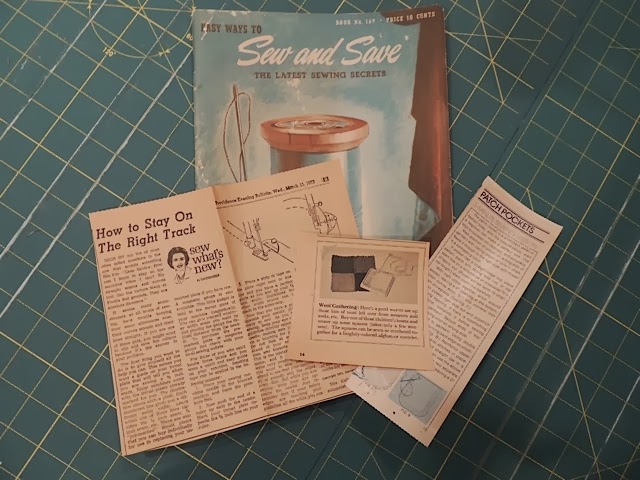 What I love about it is that it has an exposed motor, and has all metal parts, much like the professional Jukis that we sewed on at the School of Fashion Design. It weighs about 40 pounds and the bobbin winder is broken, but it sews beautifully and works every time! Along with it came a sewing basket with some fabulous retro notions, a few articles cut from Grandma's local paper about sewing and a cool sewing magazine from 1941 detailing how to make a dress in 15 easy steps.


If I could change anything about my shop/studio, it would be that I wish I had more space.  There is a lot of fabric here and I truly have nowhere else to put it! My children have worried that they are going to have to give up their bedrooms. Hey, can 4 kids share a 12 x 14 bedroom? Eventually, I would like to creep out of the basement and open an above ground store, but for now this arrangement allows me to stay home with the kids, so I guess I like that too.

Question 3: What is the nerdiest thing about you?


Answer: The nerdiest thing about me is that I really love sit coms and really, really love bad jokes.There's nothing like some good old-fashioned canned laughter or a Badum-Ching! after a bad punchline.

Did you hear that in a recent survey six out of seven dwarves said they weren't Happy?
A horse walks into a bar. The bar tender says "Hey."  The horse says "Sure."
And a few fabric ones for you:
Two silkworms decided to have a race. It resulted in a tie.
What did the bolt of fabric tell his daughter when she threatened to run away to India? "Go ahead … you'll be sari.” Badum-Ching


Question 4: How many UFOs are in your pile? How many do you honestly believe you might finish someday?
Answer:


A lot! I have three different dresses in various states. Only one of those will probably actually be finished, as one is now definitely too small for my daughter now and the other is made from a fabric that I've since decided I don't like. As far as other projects go, I tend to cut out too many of the same project and have high hopes of completing each one.  Recently, I thought it was a good idea to cut out eight Amy Butler Cosmo Bags that I could make and have on hand for teacher gifts. They are still in a pile. If you know the Cosmo Bag, you know it is beautiful, but it is a lined bag with most pieces interfaced, so it is very time consuming to make. Maybe if I start now, I could have two or three done by June? There's also the duvet cover and shams I started last summer.  If mending counts, include a pair of boy’s pants with a missing button, and two little girl dress ruffles that need repair.


Question 5: What is your favorite meal to feed your family when you are desperately trying to meet a deadline? 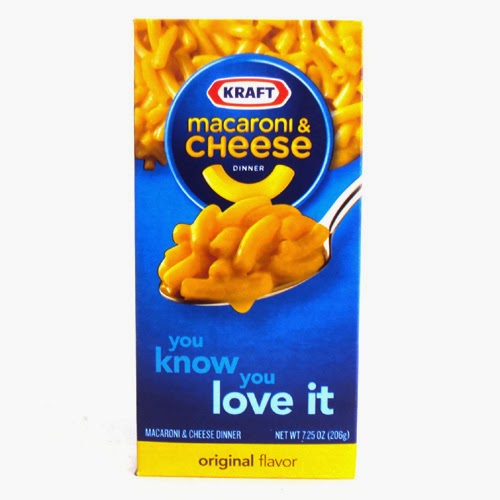 What!? I’m supposed to feed them when I'm busy? After being “blessed” with two snow days extending the winter break to two full weeks, my 12-year-old told me that he was happy it was another snow day, but the good thing about school was at least there he got a hot lunch. Don’t you think he should be able to boil a pot of water and mix up some Mac’n Cheese for himself, his brothers and sister? I wouldn’t be a good mother if I deprived him of this basic life skill, right? I think so! I refer to that famous saying, “Make a boy Mac ’n Cheese and feed him for a day.  Teach him to make Mac ’n Cheese and he will eat well into adolescence, through college and into early adulthood.” Actually, I do feed them. Quesadillas or tacos are a quick go to, but if there are no deadlines, I try to make something a little more exciting and healthy, as I do love to cook.

Thank you, Julie, for bravely agreeing to be my first official participant in The Hottie Hotseat! I loved getting to see you as more than the woman who packs my fabric into a mailer when I order from you, and I am sure everyone else will too!

If you are interested in being in The Hottie Hotseat, send me an email at evapaigequilts@charter.net!

Posted by Beth at Quilting Hottie Haven at 12:34 PM

Hi Beth, Thanks so much for having me sit in the Hotseat. It was a lot of fun!
Julie

Am just now catching up on some of your older blog posts. :) I enjoyed reading about Julie. And all of her jokes too. hehe Hey Julie.. a skeleton walked into a bar and ordered a beer and a mop.. Badum Ching! :D