First Finish of 2014, aka All Praise the Hard Deadline

I'm sure many of you, like me, are wondering when the holiday season will officially be over and we get to go back to being just our normal, pleasantly cranky selves who vacuum no more than twice a week and are in pajamas by 8pm, from the hopped up.always "on," always perfectly groomed and silver polished party animals we have been since late November. I was kind of banking on yesterday for the transition back to school and normalcy, but Mother Nature decided I needed a full two weeks of fun and excess with the fam.

So you can imagine the amount of sewing that has been accomplished.

I was feeling pretty down about it yesterday, actually. It's no secret I've been in and out of a design slump since May, and as Murphy's Law would have it, it always seems that the second I get a few ideas in my head and am ready to sew my face off for a few days straight, summer vacation hits. Or a hurricane. Or Christmas break turns into 16 full days off. It's really very similar to the way our snowblower has been broken for two years, and Mr QH decided to finally send it out to get fixed the morning we were expecting 10" of snow. 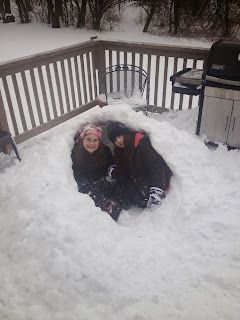 We were clearly made for each other.

I'm thankful the girls are older now, and do now and then allow me to accomplish something while they are in the house, but there is nothing that kills a sewing buzz faster than the seven year old sneaking downstairs and asking "Why is your phone talking with an English accent, and what is a corset? And by the way, Paige started a fire on the stove."

In order to make myself feel slightly better about 2013's stops and starts, I took a page from Debbie Grifka, whom I called Debbie Esch on my FB page yesterday, of Esch House Quilts. Debbie is a fellow quilt designer whom I met in person in Portland after knowing her virtually through various designer forums, and she is very talented and prolific as well as just a very sweet person. She had made herself a photo collage of the highlights of her design year, and I decided to do the same.

Which all goes to prove that when I'm given the chance to rally, I can be amazing.

You know what else makes me amazingly prolific? An actual deadline. We independent designers get a few of those every year, and I personally have to set many more for myself or else my photo collage would be more of a photo triptych. And just like in other careers, deadlines often happen at completely inopportune times, as was the case with the "Embellishment Sampler" class sample I had to get in the mail to a guild program chick no later than 1/2/14.

There's a terribly convenient deadline. Add in hosting family for Christmas and two back to back sleepover birthday parties for the 11 year olds right after, and we had extra people in this house for 8 days straight. Not exactly conducive to sewing deadlines. However, since I am Superwoman, I did get it done, with moments to spare. And therefore I think I can officially call this my first finish of 2014.

I've known I will be teaching this mini-class to a guild in eastern MA in March for like a year. However, the logistics of a sampler that would encompass all the techniques I wanted to touch on was kind of escaping me. Enter the approaching deadline, and all of a sudden it came to me - stop trying to design something TO embellish, and just design something that is ALL embellishments. So I did.

The class will include these cool three-dimensional petals I kind of invented. I think. I've not seen other people do them yet, anyway.
It will include gathered ribbon techniques and working with Phoomph.

It will include couching and playing with iron on ribbons and threads.

And of course, it will include smacking a whole bunch of beads on in about 3 seconds by using Jewel-it.


I love that I tried something new in quilting the base piece, which was just a simple block made from a bunch of batiks, in its entirety first, and then added the appliqued petals onto the entire quilt sandwich. I did it because I wanted everyone to be able to try all of these techniques on a quilted piece, as many of them really need to be done only after the quilting is complete, and to my delight it totally eliminated the whole "poofiness of applique areas" that can happen when you applique first and then quilt the background around the applique shapes. I think I'll be doing this a lot more often.

I highly recommend trying something new this year. I'm so cool I can check that off already.

According to the USPS, the sample should arrive at its destination today, well ahead of their guild meeting next week. Booyah and KaBam!

Now it's on to the self-imposed deadline of January 8, the day I will formally announce the details for the 2014 group scrap quilt. I'm still working out the final design, but I can tell you that the block itself features up to 12 scrap fabrics, all of which can be cut from the leftovers of 2 1/2" strips, because they are all exactly 2 1/2" wide. I'm going for ease of cutting for you. Check back on Wednesday for the rest of the details!

Posted by Beth at Quilting Hottie Haven at 10:53 AM

Gee, I don't see a John Deere quilt as part of your 2013 accomplishments, Beth!
Keep up the good work, and congratulations on your first finish of 2014

I haven't put together a list of my accomplishments for last year yet but I do know that I grew tremendously in my quilting and piecing skills.