It's the third week of summer vacation, and while I must pat myself on the back for the zillionth time over my way more awesome than usual summertime attitude this year, I also must admit that I am very ready for dance and drama camps to start next week.

It's been almost three weeks since I logged in to post here, and for that I deeply apologize. This apology is thrown out there in the assumption that you even noticed in your own summer whirlwind crazies.

My biggest excitement of the summer arrived in my inbox while I stood in line at an amusement park the first Monday of summer vacation - an enthusiastic invitation to be the featured speaker at Tucson Quilt Fiesta 2016! WHAT? Tucson? Me? Really? I don't even know how to spell Tucson and I messed it up EVERY SINGLE TIME on the contract that I forced myself to wait three days to send so as not to appear overeager and desperate for the love of a group somewhere decidedly outside of my region. I'm still blown away. Anyone got a good source for cowboy boots?

The next big excitement came from Cherrywood Hand Dyed Fabrics, who graciously agreed without even making me beg to be my sponsor for the second annual "Two for Teal" mug rug swap. What does that mean? Basically that not only will their fabric be the one everyone gets as a focus piece to use in the mug rug, but also each participant will receive a coupon code for their online shop equal to the amount of the donation to OCRF required for participation. So really you get two amazing prizes for the price of one - the joy of donating to a cause that hopefully will save many a life, and the ecstasy of fabric shopping with a big fat coupon.


I'm working out all the details and making some (I think) cool changes to how the swap will be run, and will be announcing all of them along with the opening of sign ups by mid-August. For now, if you want a taste of how last year's swap went, check out the blog post announcing sign ups 2013 and the flickr group where we shared our mug rugs. I really hope you'll want to participate this year so we can help kick ovarian cancer to the curb and then run it over with the car because it deserves nothing less than the worst we can give it.

Now let's revisit my list of summer projects from my previous post and either end up feeling triumphant or depressed:

1. Secret plans I refuse to divulge because I will likely be rejected soundly and then I will just be embarrassed. - I actually did this yesterday. All we can say at this point is "We'll see how hard they laugh."
2. Get Quilty Pleasures blog post done for Goose Poop. My reveal day is 7/11. May the poop be with you.  - Also done. Wow, two for two! Also I believe my mention of the word "poop" on my FB page cost me a fan or two. Which I just find entertaining.

3. Smack these HST blocks into quilt/new pattern for my new lecture, debuting in May 2015, about my Scrap Squad experiences and consequent inspirations. - Here is the stumbling point. I have several times sat down to sew, only to be interrupted almost immediately (literally 48 seconds later, at one point) by a child who couldn't find her shoes, which I then tried to assist her in finding by helpfully suggesting various locations throughout the house where we often see shoes hiding that she could go look, only to have her come back in tears because they were "Gone! They are just GONE!", and finally being dragged from my seat after three blocks of stitching to find the shoes sitting in the exact spot of the mudroom I told her to look. At that point a gin and tonic always seemed more appropriate than going back to the basement studio.

4. Finish quilting this sucker. - Yep. Haven't even touched it. With needle and thread or a lint brush.

5. Send this Modern Instabee block to its new owner. Remember to make time for July and August blocks too. - This is a fine example of "Put something on your list just so you can cross it off." It may have been sent already when I wrote that. Haven't started July or August yet, though.

6. Scrap Squad project #4 will be due in September or maybe late August. It's a doozy, but an attractive doozy, and I plan to do some out of the box things to it. My main concern is that I need to remember to work on it as it hasn't been started and therefore is not lying in pieces all over my sewing room reminding/taunting me every time I walk in of its very existence. - It is actually started! This is my main project for camp weeks, and I hope to have it done as soon as my daughters are all camped out. 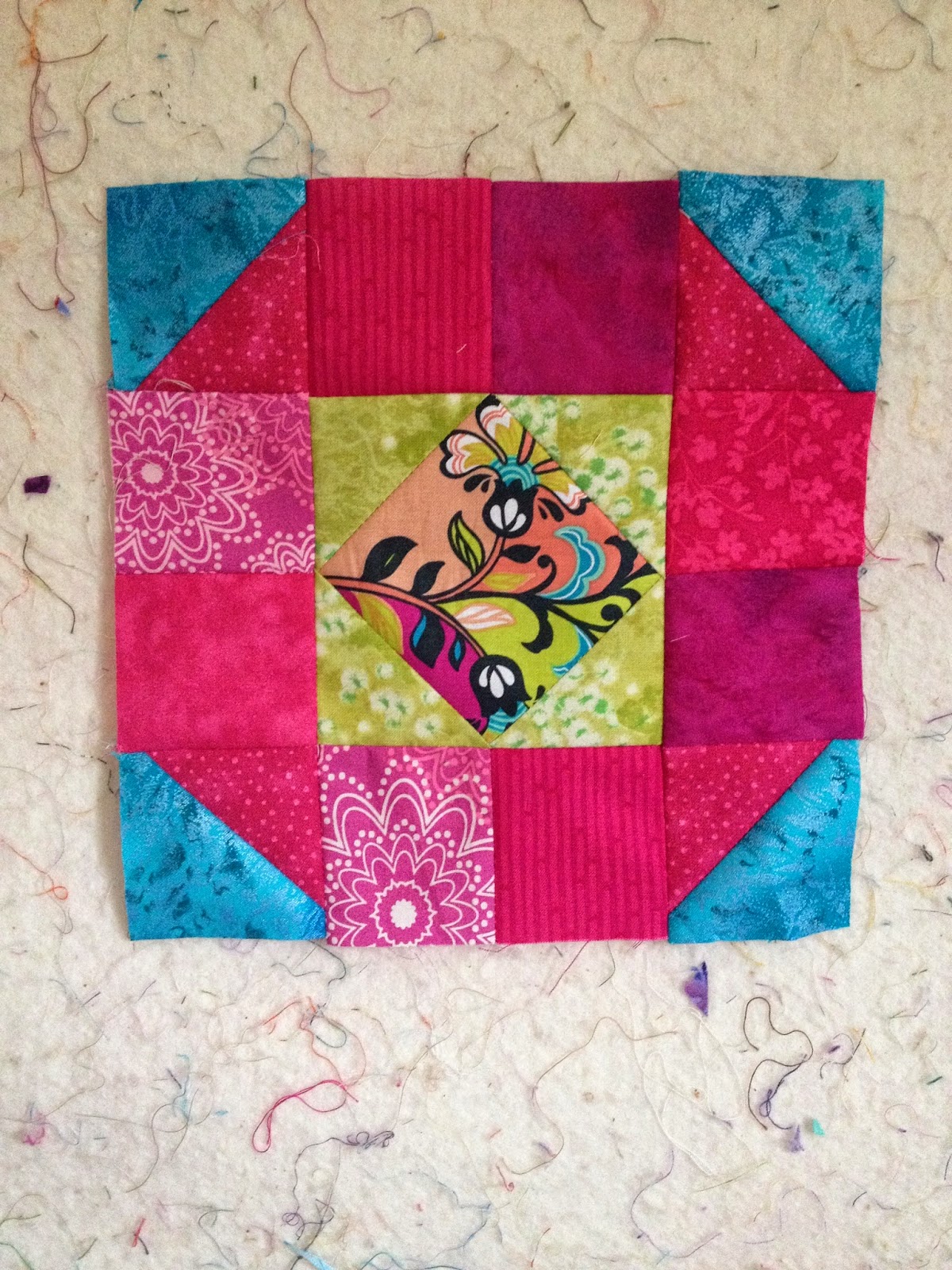 7. If time permits, get top done for this, even though I'm all annoyed that the idea I had for this quilt just showed up in a new book. Great minds, not enough ways to set circle blocks, I guess. So it's back to the design drawing board as far as what I am going to do with these blocks. - This may or may not be still lying in the exact same spot on the floor of the studio. My toenails are now sporting a lovely shade of dark periwinkle, though, so times have changed slightly.


8. Various marketing sorts of things to stay on top of or I'll be dead in the water in September. Or more accurately, January. - Definitely. As sad as it can be, marketing often has to take priority over actual sewing in this business, and summer is definitely when this is most evident to me.

So three weeks, two items down, lots to go but some definite progress. While I can't say I can't complain, I guess I shouldn't so I won't.

Now I'm off for today's exciting adventures, including a trip to the dump and berry picking and pie baking. I promise to wash my hands after the dump or the pies might be especially flavorful.

Posted by Beth at Quilting Hottie Haven at 9:24 AM

Welcome to the quandary that many of us have faced....during the summer we dream of September and when school starts so that our kids are busy with someone else during the day and then by May we are dreaming of summer vacation and not having to get up at 6am

Kudos on Tuscon gig!
Everything else will work out the way its supposed to. Looking forward to all to be revealed :)

As usual I'm laughing while reading your post. Your story about the lost shoes REALLY hit home for me!